Are you looking to break out of your chicken routine? Ever tried some Middle Eastern food? Before this meal I hadn’t… but let me tell you, I’ll be trying more and more! This chicken shawarma is seriously amazing!! 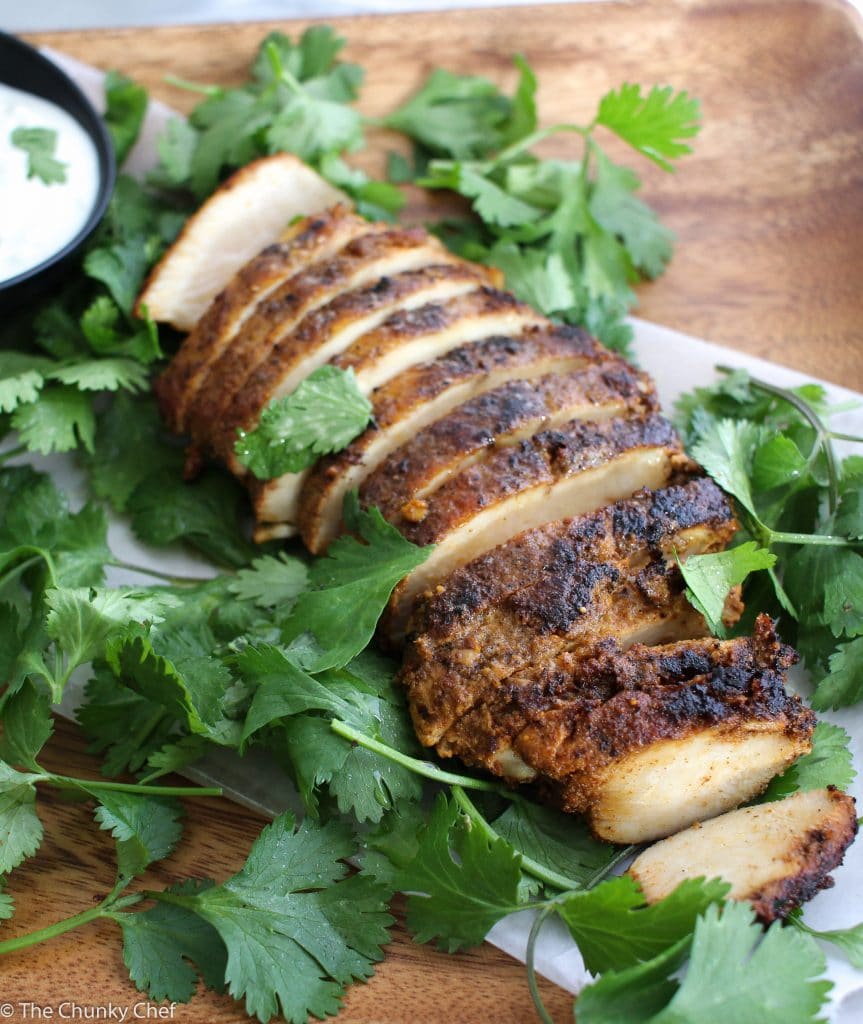 My husband has had this before from a restaurant, so I was going by his opinion of how it tasted, and he gave it an, oh wow this is GOOD!!! 🙂 Don’t you just love that approval? Especially when he went on to praise it several more times and had seconds, then thirds…. SCORE!!

I served this chicken up with a cool and refreshing cucumber yogurt sauce made from greek yogurt, and some garlic flavored naan from our grocery store. Honestly, I’m not a huge fan of greek yogurt… but I decided to give it a shot 🙂 I just can’t seem to get past the tang that comes with greek yogurt, so next time I may try the sauce with sour cream as the base instead. Everyone else loved the greek yogurt sauce, so you might too!

What I love most about this chicken recipe is that it uses regular, common spices that you probably already have. So you can have Middle Eastern food without having to buy a bunch of spices you may hardly use!

I actually wanted to make my own naan (I’ve found a few great recipes to try), but was running short on time (and energy) that day, and it was our grocery store to the rescue with some great tasting naan, So if you’ve got a great recipe to make your own, go for it!

The original recipe called for chicken thighs, but we prefer breasts (get your mind out of the gutter 😛 ), so I just swapped those.

Just combine the marinade ingredients in a large ziploc bag, seal, and shake to mix it well 🙂 Pierce your chicken breasts with a fork a few times to allow the marinade to really get in there, and add the chicken to the bag. Smoosh it around to get all the chicken coated, then put the bag in the refrigerator to marinate overnight or for 8 hours.

You could grill or saute your chicken, or actually you could bake it too if you prefer. I just cooked them in my cast iron pan, but if it was summer, I’d be sending them outside for my husband to grill. That smoky charred taste is just too irresistible!

Let your chicken rest 5 minutes or so before slicing it, so it stays nice and juicy. You can make the yogurt sauce ahead of time, in fact it tastes better after it’s been sitting in the refrigerator.

Now you could wrap some chicken, cilantro, and yogurt sauce in a naan, like a Middle Eastern taco… or just take little pieces of all the ingredients on a fork if you’d prefer. I think the slices of chicken would also be great on top of a salad, with the cucumber yogurt sauce as a dressing 🙂 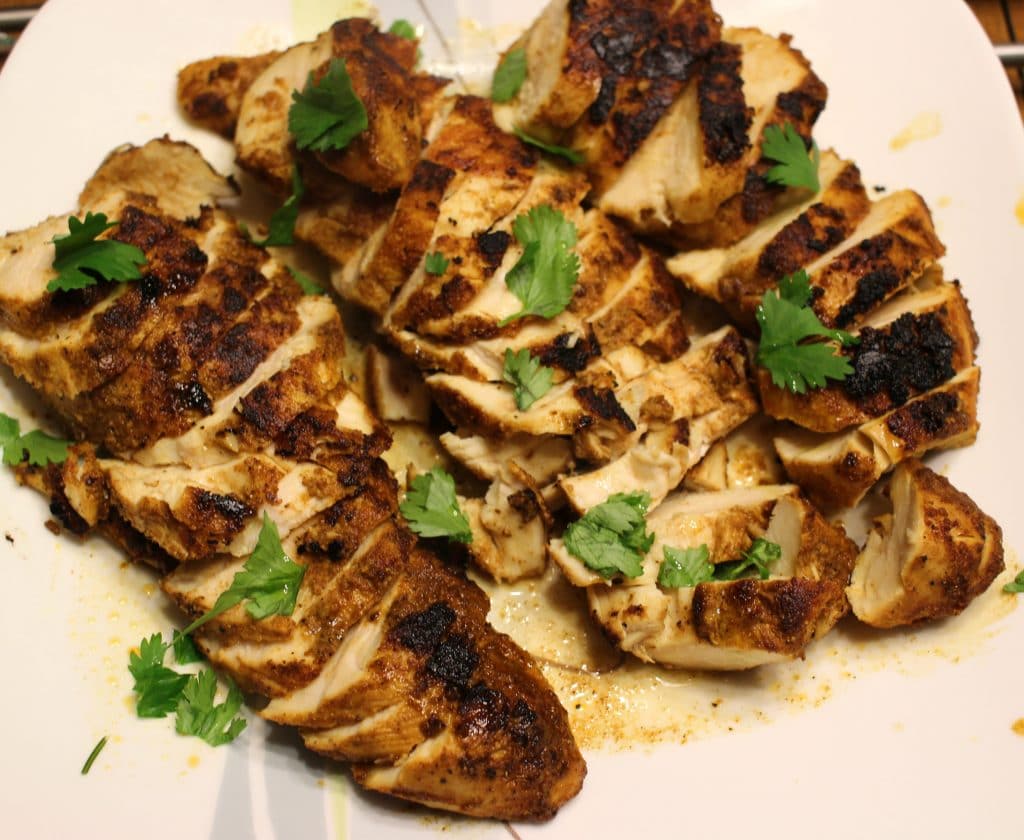 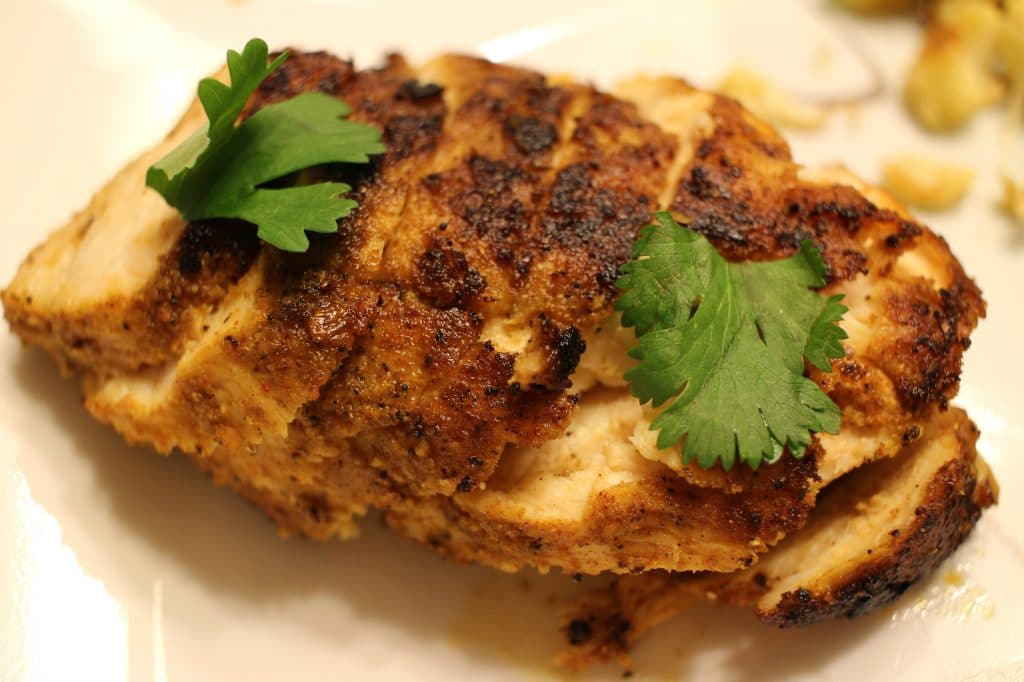 I love the fresh cilantro with the chicken… it really takes it to the next level! 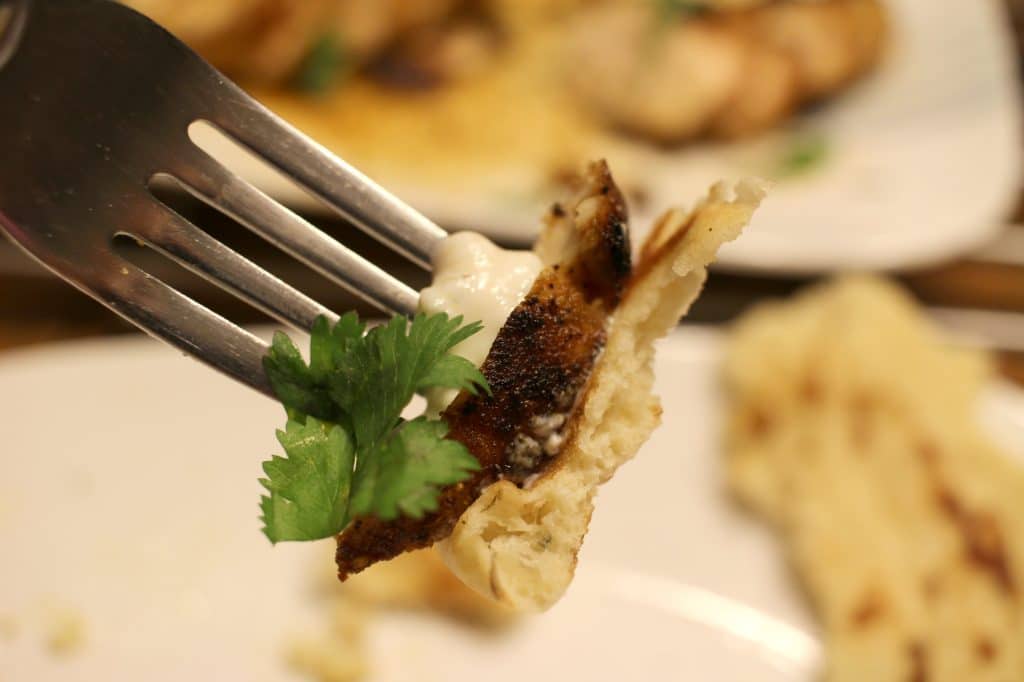 I have to tell you, the leftovers (if there are any) are amazing too!! 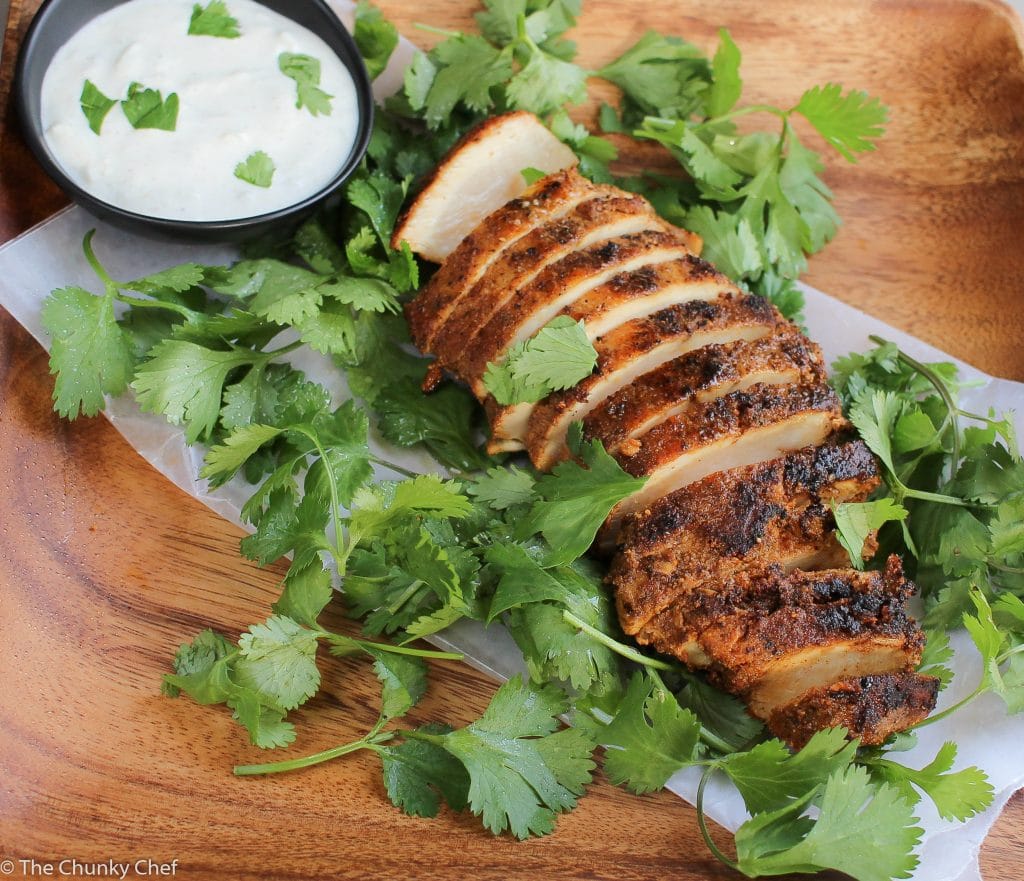 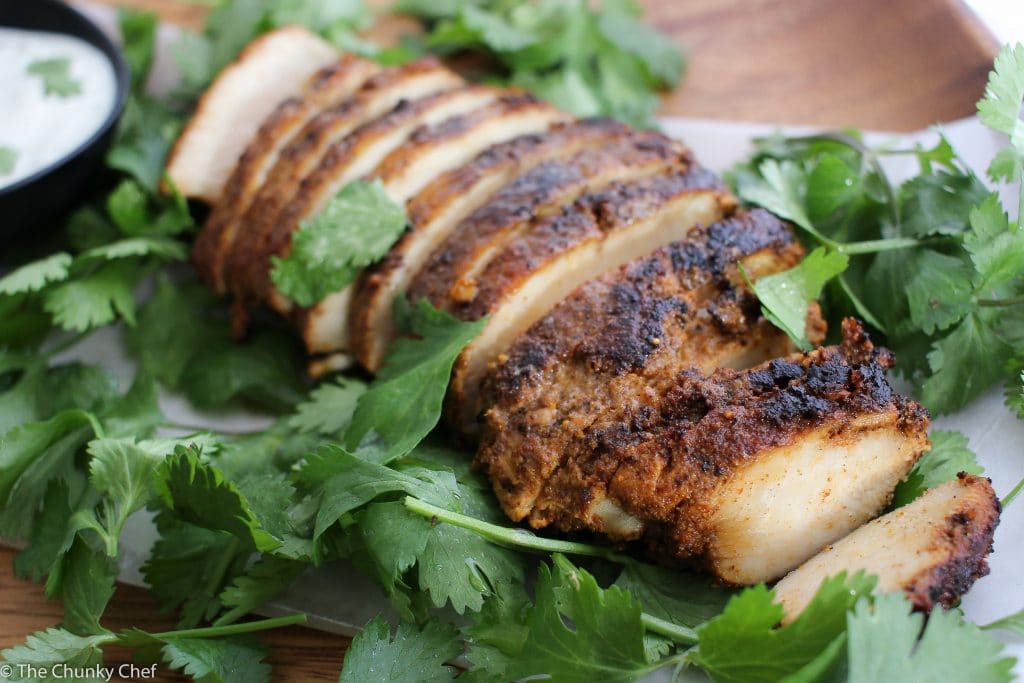 This recipe will be linked up to all the fabulous parties on my Where I Party page, be sure to check them out for fantastic recipes!