The content is easy to digest (and easy to create), but can lack flavor and seem a little sterile at times.

KETO is Torture… Click Here to Learn How to LOSE FAT by eating MORE CARBS, NOT LESS .

I’ll create a list article based on this imaginary scenario:

You want to lose weight and can only add 10 different foods to your shopping cart. Which foods do you choose and why? 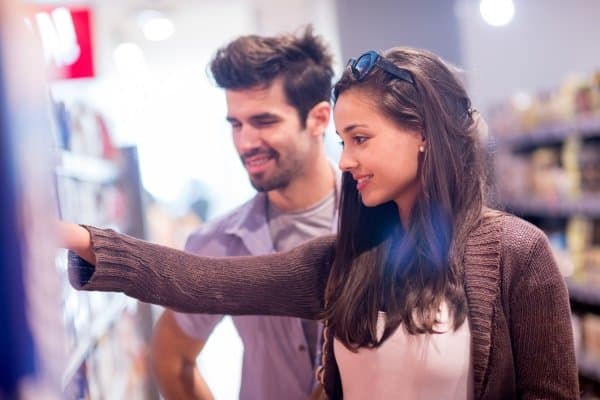 My choices are slanted towards filling foods.

In 1995 a study tested 38 different foods for how filling they were per 240 calorie serving. Here’s the satiety index (opens in new window) of these 38 foods.

Most of the foods that made my list score high.

…but depending upon your tastes, you will probably have a slightly different list of 10.

2019 Update: I now follow a low-fat high carb diet since it is much easier to stay lean when you limit fats. My list would be slightly different if I made it today.

In my opinion, it’s hard to beat the flexibility of boneless skinless chicken breasts as a protein source.

A lot of people favor steak over chicken.

…especially since the Paleo movement.

Here’s where chicken breasts come out ahead.

I’m NOT saying that beef is unhealthy.

…but for weight loss, chicken breasts make it easier to create a calorie deficit.

Beef gives a lot less wiggle room for extra calories in your diet.

May I suggest this bass guitar focused 80’s synth-pop song to go along with your boneless chicken breast?

Eggs are a cheap and flexible protein source.

I typically keep a carton or two in my fridge.

My bachelor cooking skills include endless variations of Huevos Rancheros.

Heat a large pan on medium, throw in some butter. Mix in any random leftovers along with the eggs.

Serve on a plate and drench with salsa.

Note: I realize that this isn’t legitimate Huevos Rancheros, it just makes my strange egg and salsa concoction sound MUCH fancier than what it is.

Potatoes are a pretty badass food.

I wrote an article about a while ago about The Potato Hack , which is a diet where you eat nothing but potatoes.

Per calorie, potatoes are one of the most filling foods.

What I like to do is bake 5-6 Russet potatoes in the oven on Sunday night.

Throughout the week, I’ll pull one out of the fridge and slice up and fry in a pan of coconut oil to make fries to go along with my chicken breasts.

If I want to go a little more low-cal?

I’ll slice up the cooked potato and sprinkle with pepper, then broil in the oven for 15-20 minutes.

In my opinion, avoiding potatoes is a MISTAKE.

Either will work for cooking.

I COULD get by with just one.

The most important thing to remember about fats is this:

Processed foods have an unhealthy ratio of OMEGA 6 fats.

Omega 6 fats aren’t unhealthy on their own…

It’s just that we are getting 10-20 times the amount nature intended if we eat a lot of processed foods.

If you cook with vegetable oil, you are adding to this problem.

Go with butter or coconut oil instead.

Note: If you can’t stand the taste of coconut, look for refined coconut oil. I assumed unrefined meant healthier… refined is just as healthy and has a higher smoke point (with very little flavor).

Why do I choose bags over fresh vegetables?

For me, there is less waste with frozen vegetables.

Half the time when I buy fresh, a lot of it goes bad before I get to it.

When they are fresh, it feels like the vegetables are pressuring me. Cook us or we are going to die!

With frozen vegetables, a serving for me is half of a bag. I can eat half and leave the rest in the freezer.

Bags of salad are just about convenience.

I can dump a full bag into a large bowl and eat along with my dinner.

The chef highly recommends this MTV music video from 1983 to add a little flavor to your salad.

The pronunciation of this word irritates me.

ALMOST as irritating as the correct pronunciation of ORANGUTAN (they need to add a G to the end of this word).

I fully believe there is an alternate universe where this word is spelled ORANGUTANG.

I’m from that universe and somehow wound up here.

So why did quinoa get added to my list?

I could easily eat 3,000 calories of steamed rice each and every day.

Quinoa is simply a slightly healthier alternative to steamed rice… and I have better self-control with quinoa.

If steamed white rice was lower in calories, I’d eat it with every meal.

Maybe it IS low-cal in the alternate Orangutang Universe.

These poor animals just want their G back.

I have a sweet tooth, and certain brands of Greek yogurt have a lot of protein per calorie. 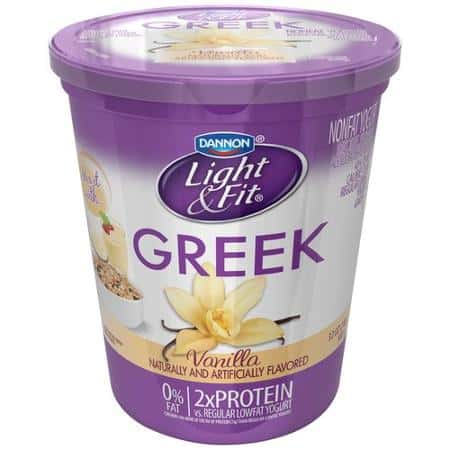 That is a great protein ratio for a snack.

The state of Washington grows 58% of the apples consumed in the United States.

As a resident, I know apples.

You won’t get anything better than Organic Honeycrisp Apples.

I know I’m talking to an amatuer when some tells me Fuji apples are best.

If a Fuji is the BMW of apples, then Honeycrisps are a Bugatti.

They are a great diet food too.

A large apple is filling for being only about 100 calories.

Oranges are a solid choice as well.

(Cheaper than Honeycrisps and have a high satiety index.)

Honeycrisps are classy… like 80’s pumping bass mixed with piano.

Cottage cheese is another solid protein source that is low in calories.

I buy the large quart-sized containers.

It is a slow digesting source of protein that makes it an ideal pre-bedtime snack.

A Honeycrisp apple and a cup or two of cottage cheese makes for a quick small meal, that can keep you full for quite a while.

I know I have SAID THIS BEFORE, but I’d stick to non-fat to keep the calories down.

As a kid, we’d stay up on Friday night to watch The Love Boat followed by Fantasy Island.

Pretty much everyone watched the exact same TV shows back then.

…and we all went nutty with the Air Popper.

Air popcorn is old-school, but a seriously effective diet food.

A 1/4 cup of unpopped popcorn is only about 200 calories and fills up a large bowl when popped.

I like to put Frank’s RedHot or sriracha sauce on it now.

Air popcorn… the Blondie of diet food (ahead of its time and yellow).

In this alternate universe condiments simply appear in my fridge and in the cupboards.

I swear I never buy salsa, but I never run out.

This stuff just appears in my life.

KETO is Torture… Click Here to Learn How to LOSE FAT by eating MORE CARBS, NOT LESS.